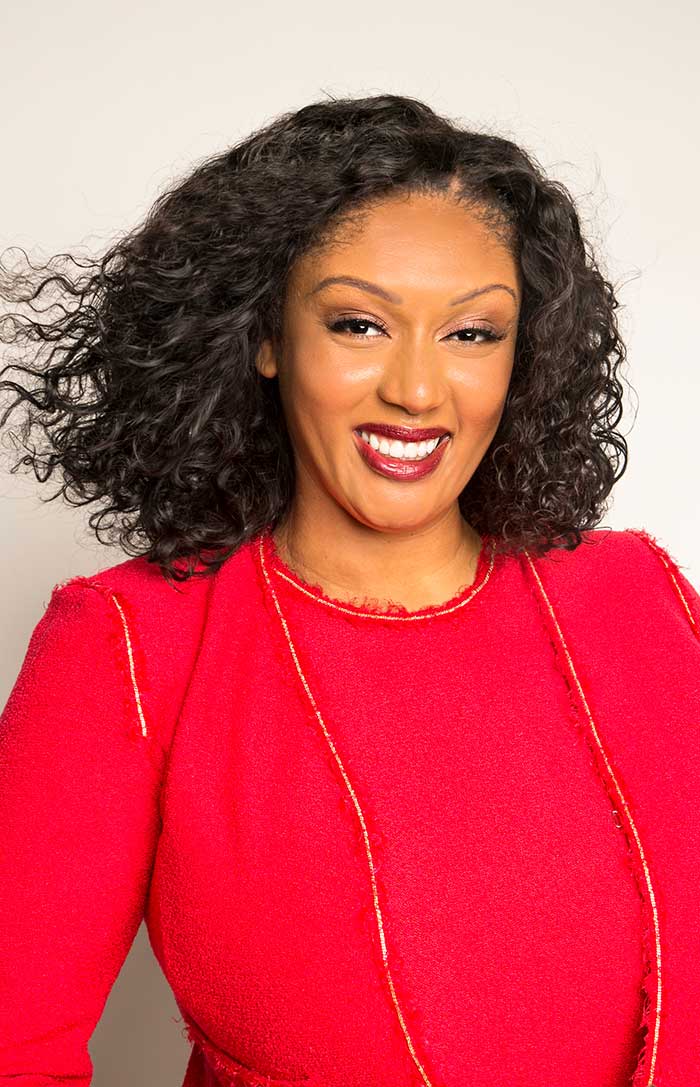 Aloni Ford is a multifaceted entertainment executive and coveted content producer. Her body of work includes producing several sports reality shows, show-running, as well as being the day to day management for championship athletes and award winning entertainers.
‍
With a decade of professional experience working with Fortune 500 companies and CEO’s, Aloni has mastered the ability to envision the genesis of a creative idea and manage conceptual projects successfully from beginning to end. Some highlights include President Obama Campaign Strategist 2006-2010. Over the past 10 years, Aloni has produced shows such as Parking Lot Chronicles partnered with Kevin Durant and Beats by Dre, The Nick and JaVale Show (appearing on ESPN and Good Morning America), Mom’s Got Game (Oprah Winfrey Network distributed by Sony) and Super Temps (Direct TV 3D Special ).

Aloni works with influential entertainers and athletes such as JaVale McGee, Kyle Kuzma to name a few. Responsible for oversight of her clients’ brands, social and digital platforms and business intelligence is a primary focus. Her most recent highlight is a women’s empowerment movement called the Yacht Girls Book Club. The mission is to bring women together over intellectual conversations. The book club started with six women and has grown to over 1,000 women in just one year and continues to expand. A graduate from Mount Saint Mary's University in Los Angeles with a degree in business and a minor in film.

Thank you! Your submission has been received!
Oops! Something went wrong while submitting the form
ALONI FORD
2019 © All Right Reserved